Tennessee unemployment lingers close to 10% as the COVID-19 pandemic continues to chew through livelihoods across the state. Likewise, millions of Americans are unemployed. The state has an opportunity in this economic downturn, however, to add jobs and make the state a leader in the advanced energy economy for transportation. 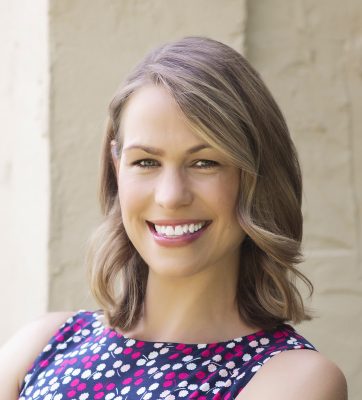 The energy sector, specifically transportation electrification, is the solution that Tennesseans should pursue. It would have statewide impact, and with the potential backing of federal funding, has the potential to launch the state into a new phase of manufacturing and job creation.

This electrification proposal isn’t just about putting electric vehicles on the street. It’s about creating manufacturing jobs, as $25 billion would boost the electric vehicle supply chain. Facilities such as Denso in Maryville have become regional leaders in employment because of their role in the automotive supply chain.

Recently, DOE announced a conditional commitment for a $259 million loan to Alcoa Inc. This conditional commitment is the first issued by DOE under the ATVM loan program since Secretary Moniz announced a number of improvements to the program last year, and is the first step toward issuing a final loan to Alcoa. If finalized, the loan would support the company’s Alcoa, Tenn., manufacturing facility, where the company will produce high-strength aluminum for North American automakers looking to lightweight their vehicles.

According to U.S. Energy Secretary Ernest Moniz, the ATVM loan program can play an important role in helping to finance expanded domestic manufacturing of fuel-efficient technologies that will support the next generation of advanced vehicles.

The loan is good news for Alcoa, and for Tennessee. More than one-third of Tennessee manufacturing jobs are auto-related, and investment in advanced manufacturing is an important part of how our state will continue to attract good-paying jobs, said Senator Lamar Alexander.

The automotive sector in Tennessee represents what may be the single largest opportunity to expand the use of advanced energy technologies. The industry is looking to a number of these technologies to improve fuel efficiency demanded by government and consumers. Alcoa is an example of a company creating new materials that will make possible significant reductions of vehicle weight and improvements in gas mileage.

Alcoa estimates that its expanded production is expected to create an additional 200 permanent full-time jobs, in addition to 400 jobs at the peak of construction.

For more information on the ATVM loan program and Alcoa’s loan, click here.

Secretary Moniz at the University of Tennessee, Knoxville

U.S. Senator Lamar Alexander introduced U.S. Department of Energy Secretary Ernest Moniz to a packed auditorium at the University of Tennessee Law School by telling the audience, “he likes to be called Ernie.”  It’s fitting. Especially for a man whose most distinguishing feature is his wavy mop of mostly white hair. He once told the Knoxville News Sentinel he thought all the attention paid to his hair was, “absolutely excellent!”

The Tennessee Advanced Energy Business Council (TAEBC) was on-site to not only see that hair in person, but to also listen to the former Massachusetts Institute of Technology physicist discuss the Administration’s “all of the above” energy policy.

It was exciting to hear the Secretary gush about Tennessee’s role (in particular Oak Ridge National Lab) in meeting our nation’s energy challenges. The challenges and opportunities Moniz described are the reasons why we created the Tennessee Advanced Energy Business Council–to champion advanced energy as an economic development and job creation strategy.

We might be a little biased but, we think Tennessee is uniquely positioned to meet those challenges and gain its (more than) fair share of the $1 trillion global advanced energy market.

Economic assets that are unique to our state will shape the potential for the expansion of advanced energy technologies in Tennessee. Oak Ridge National Lab and the close relationship it enjoys with the University of Tennessee is certainly one of those assets.

Our ability to understand what our unique assets bring to the discussion, as well as their willingness to combine these assets in support of advanced energy technologies will, to a large extent, shape the opportunities for expansion of the industry in Tennessee. That’s the role TAEBC seeks to fill.

Secretary Moniz was at the University of Tennessee last month to provide the Baker Distinguished Lecture on Energy and the Environment.