“Innovation Week on the Hill” on February 5-8 was packed with special events, meetings and meaningful connections between policymakers and job creators.

This shared effort resulted in: 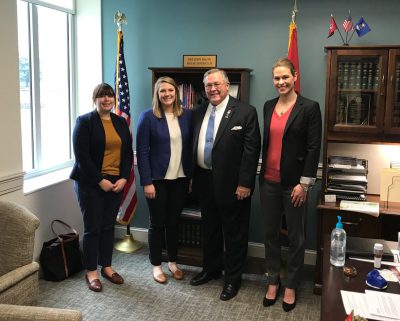 During “Innovation Week on the Hill,” Launch Tennessee shared its success with lawmakers in helping increase the number of Tennessee angels since the State Legislature’s passage of the Tennessee Angel Tax Credit in 2016. If you remember, the ATC was designed to increase the pool of early-stage capital, get new investors engaged in the ecosystem and give entrepreneurs in Tennessee an additional selling point when pitching their companies for investment.

For 2017, Launch Tennessee issued $1.84M worth of credits, tied to $6.3M of capital invested in Tennessee companies. 29 companies attracted investment from angels benefitting from the program, receiving an average check size of $73,055 from 68 unique angel investors.

These 68 investors could receive up to $50,000 in tax credits and many invested in multiple companies. This is significant because, as awareness of ATC grew, angels wanted to maximize their amount of eligible credits for 2017 and looked for other pre-qualified companies to invest in. This created a multiplier effect, increasing the number of Tennessee investments that otherwise might not have been made.

“Innovation on the Hill” also included Launch Tennessee speaking about its invitation to join Kauffman’s first-ever Entrepreneurs’ Policy Network. The network will serve as an alliance of organizations that will bring the voices of entrepreneurs to policy debates at the state level. 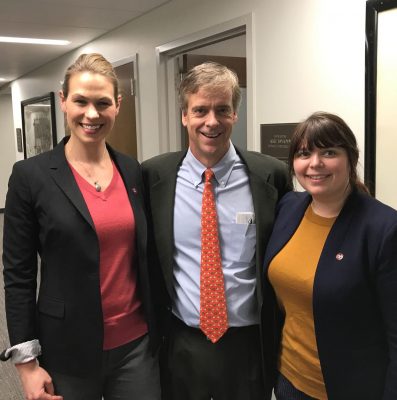 Launch Tennessee was selected as a grant recipient and is one of six entrepreneurial support organizations chosen from an invitation-only nationwide RFP process. The Entrepreneurs’ Policy Network seeks to remove barriers to new business creation and entrepreneurial success by improving public policy at the state level.

Among other actions, grant recipients will:

The Tennessee Advanced Energy Business Council has partnered with Launch Tennessee to form the Energy Mentor Network. The network showcases the state’s lucrative advanced energy industry and recent achievements in the field.

The Energy Mentor Network’s goal is to foster the growth of Tennessee advanced energy startups by connecting entrepreneurs with mentors and industry specific expertise.

Since 2016, the network has doubled the number of mentors in the program to 25 with expertise ranging from energy systems, clean tech, intellectual property, business and finance strategy. Six companies are currently enrolled in the Energy Mentor Network.