The U.S. Senate confirmed the nomination of Jeff Smith, Executive Vice President for Operations for UT-Battelle and Deputy for Operations at Oak Ridge National Laboratory, to the TVA board of directors.

He was nominated September 21, 2017 by President Donald Trump. The confirmation will become official with the president’s signature and when he is sworn in by a federal judge. 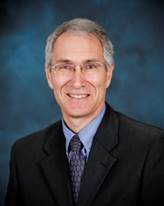 Smith along with James “Skip” Thompson, III; Kenneth Allen; and A.D. Frazier were among the four members confirmed to join the TVA board. They’ll be serving alongside current board members Richard Howorth, Virginia Lodge, Eric Satz and Ron Walter.

Smith delivered the following opening remarks before the Senate Committee on Environment and Public Works prior to his confirmation:

Chairman Barrasso, Ranking Member Carper, and Members of the Committee, thank you for the opportunity to appear before you today. My name is Jeffrey W. Smith and I am the Deputy for Operations at Oak Ridge National Laboratory (ORNL) in Oak Ridge, Tennessee. I am honored to have been nominated by President Trump to serve on the Tennessee Valley Authority Board of Directors.

In 1999, I moved my family to East Tennessee to take on the role of Deputy for Operations at Oak Ridge National Laboratory. The laboratory consumes significant amounts of power, and as the Chief Operating Officer, I know large amounts of reliable, low cost electricity is important to executing the important missions assigned by the Department of Energy to Oak Ridge. The laboratory often works with TVA to help recruit new business to the TVA region, and in my role as a senior executive I have participated in these recruitments and seen first-hand the strength of TVA as a driver of economic development. More personally, I own a home on Norris Lake, one of TVA’s reservoirs. As a result, I understand the complex dynamic between hydropower production, flood management, and recreational use of the water resources under TVA control. Based on my professional and personal experiences with TVA over the last 18 years, it is my belief that to successfully fulfill its mission to improve the quality of life for all who live and work in the Valley, TVA must provide clean, reliable, resilient, low-cost power to our homes and businesses, while protecting the waterways we enjoy, and the air we breathe.

ORNL has a longstanding relationship with the Tennessee Valley Authority, going all the way back to the 1940s and the Manhattan Project. The Manhattan Project needed a site with ample fresh water and access to tremendous amounts of power. Sixteen miles downstream from TVA’s Norris Damn a site was selected as the home of the secret city that would produce the nuclear materials that accelerated the end of World War II and helped win the Cold War. Simply put, without TVA there would be no Oak Ridge National Laboratory.

During my 18 years at ORNL, I have had the privilege to lead a $400 million modernization effort that has been instrumental in transforming ORNL into the Department of Energy’s largest open science laboratory. I oversee the day to day and operations of an organization with a $1.4 billion annual operating budget, we host approximately 5,000 researchers and associated workers on site, and maintain the infrastructure similar to a small city covering over 4,000 acres.

Oak Ridge National Laboratory operates one of two Department of Energy research reactors. Granted, the High Flux Isotope Reactor is roughly 1/10th the scale of today’s commercial power reactors such as those in the TVA fleet, but the responsibility for this reactor has taught me something about the importance of a strong nuclear safety culture.

I have also had the opportunity to be involved with TVA in several economic development recruitments in which the laboratory has partnered with the State of Tennessee, local municipalities, and TVA to attract new companies to the region. I can tell you that low cost, clean and reliable power is always a consideration in site selection. My personal experience tells me TVA is dedicated to working with local and state governments to encourage economic development and create jobs in the region and this is something that I will continue to support.

I have had a long standing relationship with Battelle Memorial Institute, a not-for-profit company that specializes in managing several R&D laboratories. I have served on the governing Boards for the Pacific Northwest National Laboratory, the Brookhaven National Laboratory, the Idaho National Laboratory, the National Renewable Energy Laboratory. As a result, I’ve been involved in the recruitment and selection of several laboratory directors and in the event there is a change in leadership at TVA during my appointment, I believe I can add something to this process.

I have interacted with TVA as an industrial user, as a partner in infrastructure expansion, and to promote economic development. These engagements have given me useful insight into the breadth and depth of TVA’s operations, and to its importance for our region. I believe my background and experience has prepared me for the challenge and responsibility of joining the TVA board.

If confirmed, I am committed to working with my fellow board members and TVA staff to ensure that TVA continues to fulfill its mission to serve the people of the Tennessee Valley. I appreciate your consideration of my nomination and thank you for the opportunity to be here today.