As 2020 draws to a close, the Tennessee Advanced Energy Business Council (TAEBC) is taking a look back at its accomplishments over the last 12 months.

This year, Tennessee’s advanced energy economy was booming. We stood alongside our members and stakeholders as they celebrated business milestones, received countless awards for sustainability and business accolades, funding for advanced energy innovations, and expanded and broke ground on new facilities.

At the same time, we recognize that 2020 has been a challenging year due to the COVID-19 pandemic. Even in these uncertain times, TAEBC has continued to champion advanced energy as an economic development and job creation strategy for Tennessee. We believe that Tennessee has an opportunity during this economic downturn to add jobs and become a leader in the advanced energy economy. That is why we are committed to keeping our members and stakeholders informed by sharing the latest news concerning Tennessee’s expanding advanced energy ecosystem.

TAEBC’s commitments to you, our members and stakeholders, remain as strong as ever. These commitments are:

Here’s some of the ways TAEBC championed advanced energy as an economic development and job creation strategy in 2020.

Advanced energy is a $1.4 trillion global market. Tennessee and TAEBC have a lot of expertise to share, especially in the area of transportation electrification. The state is uniquely positioned to capitalize on transportation electrification thanks to the hard work of U.S. Senator Lamar Alexander and previous governors like Phil Bredesen and Bill Haslam, who diligently put our current advanced energy infrastructure and assets in place.

TAEBC champions advanced energy as a job creation and economic development strategy. According to the 2018 Advanced Energy Economy Impact Report, employment in the advanced energy sector grew by 10.3%, a rate higher than the state’s overall growth rate of 8.3%, since 2013.

Foster the Growth of Tennessee Advanced Energy Technologies and Startups

In addition to our mission highlights from 2020, TAEBC wants to share several other developments and accomplishments that occurred over the past 12 months.

Here’s wishing you a Happy Holidays from TAEBC!

Protecting our Power
As cybersecurity becomes a growing priority across the country, how is TVA protecting the grid?

TennSMART: Shaping the Future of Intelligent Mobility
Hear about TennSmart’s progress in accelerating the development and deployment of new intelligent mobility innovations in Tennessee.

TN Advanced Energy Economic Impact Report, 2018 Findings
The numbers are in and Tennessee’s advanced energy sector is continuing to thrive! This panel will discuss TAEBC’s latest economic impact report and what this means for the state.

As we welcome 2017 and anticipate what it will bring, the Tennessee Advanced Energy Business Council (TAEBC) is marking its 2016 achievements.

By championing advanced energy as an economic development and job creation strategy, TAEBC is positioning the state and its members to increase our leadership role in the $1.3 trillion global advanced energy market.

As we enter into a New Year that will likely bring new opportunities and challenges, TAEBC wants to reinforce our commitment to our members and stakeholders:

As we look forward to our annual membership meeting in Nashville, TAEBC shares our top 10 accomplishments from 2016.

Remember to save the date for the next TAEBC event, Wednesday, February 15 in Nashville and help plan for a successful 2017.

Amid the featured fireside chat, the panel discussions and the networking at TAEBC’s year-end “Opportunities in Energy” event, there were three videos unveiled demonstrating Tennessee’s leadership in the advanced energy sector.

These three videos were played between the panels to provide an empowering reminder of what’s to come as far as advanced energy in the Volunteer State.

The first video entitled “This is Advanced Energy” specifically discussed what is advanced energy to begin with and what it means to Tennessee’s economy.

This video explains to viewers advanced energy is technology neutral and applies to anything that makes energy cleaner, safer, more secure or more efficient. Advanced energy includes electricity, transportation, manufacturers that make advanced energy widgets, and deploying advanced energy processes and technologies at plants. Above all else however, advanced energy means jobs as it relates to Governor Bill Haslam’s priorities to be the #1 state in the Southeast for job growth.

Tennessee is a leader in the $1.3 trillion dollar advanced energy market. 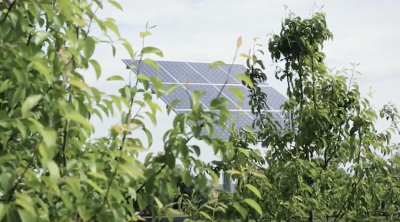 The second video “Inside Advanced Energy” allowed viewers to meet the people and companies that employ nearly 325,000 people and contribute $33.4 billion to Tennessee’s GDP.

The businesses mentioned in the video explain how they strive to increase energy efficiency, make switches to use cleaner energy sources like natural gas, design solar solutions to companies and utilities so they can benefit from renewable power, and provide talented, educated people to support engineering and science projects that relate to the future of energy in Tennessee. 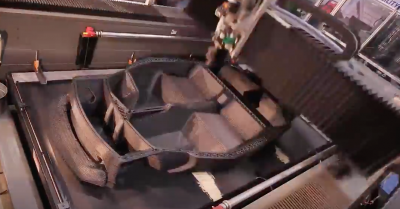 The third and final video recognizes the “Innovations in Advanced Energy.” Innovations in Oak Ridge National Laboratory are transforming the energy industry entirely.

The video stresses the importance of public and private partnerships and how they are accelerating the pace of innovation moving from the lab to the marketplace. Ultimately the viewer sees how Tennessee’s economy has benefited tremendously from those successful partnerships. 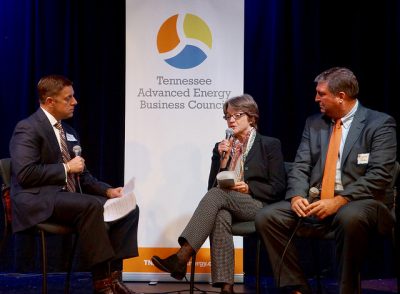 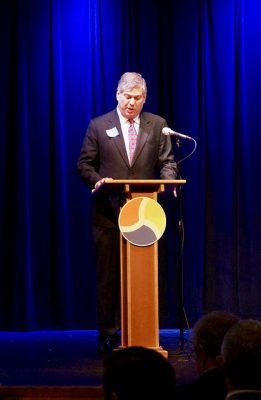