(Originally published on The Oak Ridger) 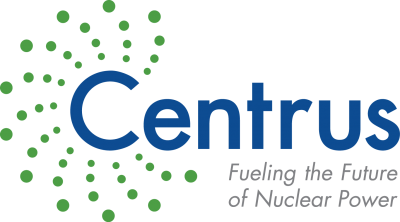 Oak Ridge might be known as the “Secret City,” but sometimes, secrets are too important to stay hidden. One of these “secrets” the Oak Ridge community should be proud of is Centrus Energy’s effort to bring advanced nuclear manufacturing and innovation to East Tennessee. Right now, the company is working on advanced nuclear fuel production to ensure the country has a reliable fuel supply for the next generation of nuclear reactors — a notable mission worth recognizing.

Centrus Energy’s work emphasizes that Oak Ridge is and always has been on the forefront of scientific discoveries. From fighting a global pandemic to space travel to nuclear medicine, Oak Ridge experts are making incredible discoveries and producing outstanding solutions every single day.

After all, the U.S. Department of Energy’s Oak Ridge National Laboratory is leading in the fight against COVID-19 through its expertise in computational science, advanced manufacturing, data science, and neutron science. Early ORNL discoveries using the IBM AC922 Summit supercomputer led to the foundation of The COVID-19 High Performance Computing Consortium, while other researchers recently completed a three-dimensional atomic map of COVID-19’s viral replication mechanism. In advanced manufacturing, Cummins and the Carbon Fiber Technology Facility (CFTF) recently partnered to produce enough filter media to supply over a million face masks and respirators a day. This effort was possible because of the work of the inventor of N95 filter media and local hero, Peter Tsai.

Oak Ridge might not be the first city that comes to mind when discussing space, but key institutions have formed valuable partnerships with NASA to advance the future of space travel. On NASA’s Mars 2020 mission that began last summer, NASA announced ORNL-produced plutonium-238 will power the agency’s Perseverance rover across the planet’s surface. In 2017, experts at Y-12 National Security Complex manufactured and delivered a uranium reactor core for NASA’s Kilopower Reactor Using Stirling Technology, or KRUSTY, to support deep space travel.

The community is also on the forefront of nuclear medicine, answering the National Nuclear Security Administration’s (NNSA) call to establish a reliable supply of molybdenum 99 (Mo-99), created without highly enriched uranium (HEU). Coquí Radio Pharmaceuticals is currently on track to build a Medical Isotope Production Facility in Oak Ridge after DOE transferred 206-acres of Heritage Center Industrial Park land for the facility and provided R&D support through ORNL and other national laboratories. Once complete, the facility will provide medical isotopes, primarily Mo-99, which is used in 18 million medical procedures in the country every year.

Of course, none of these new developments would be possible without the early efforts of the East Tennessee Technology Park, formerly the Oak Ridge Gaseous Diffusion Plant (K-25). The K-25 plant was built as part of the Manhattan Project and offered the most effective means of enriching uranium at the time. Until the plant ceased operation in 1987, it produced fuel for nuclear power plants around the world. Just last month, DOE celebrated the historic cleanup of K-25 and that 2,200-acre site is now ready for industrial reuse. As these celebrations took place, Centrus Energy was hard at work, paving the way for the next generation of advanced nuclear technology and the future of clean electric power with little to no CO2 emissions.

Centrus Energy is designing and manufacturing advanced centrifuges in Oak Ridge, which will equip a separate factory for producing High-Assay, Low-Enriched uranium (HALEU). Not yet commercially available, HALEU could be described as the “vintage wine” to low-enriched uranium’s (LEU) “cheap beer” or HEU’s “moonshine.” HALEU is needed to power the next generation of advanced nuclear energy systems, which have the potential to create new jobs, lower greenhouse gas emissions, and foster an even stronger energy economy.

To create and fuel the next generation of advanced reactors, the U.S. is facing a proverbial “chick and egg” dilemma. For advanced reactors, who will buy them if the country lacks a guaranteed fuel supply? On the other hand, who will invest in HALEU licensing and production without a guaranteed customer base of reactors? Centrus Energy’s goal is to solve this dilemma for the industry.

In January 2019, DOE partnered with Centrus Energy to demonstrate the production of HALEU. The company is working to create, install, commission, and operate 16 AC100M centrifuges at its American Centrifuge Plant in Piketon, Ohio. Most of this manufacturing work for these centrifuges takes place at the company’s 440,000 square foot, NQA-1-compliant Technology and Manufacturing Center facility located right here in Oak Ridge. This facility houses its experts in gas centrifuge uranium enrichment technology, engineering, and advanced manufacturing. There, the team has worked closely with world-class experts at ORNL to advance their gas centrifuge uranium enrichment technology for energy and national security purposes.

By early 2022, Centrus will operate the first U.S. enrichment facility licensed for 19.75 percent HALEU. It has already hit its first six milestones and is working closely with DOE to mitigate any COVID-19 related issues that may occur. The program is currently on schedule and on budget.

Looking to the future of clean energy, DOE created the Advanced Reactor Demonstration Program to promote the rapid development of advanced reactors through cost-shared, industry partnerships. With this initiative, DOE recognized the importance of establishing reliable fuel infrastructure. Centrus Energy is already on the path to expansion through its partnership with Terrapower to establish commercial-scale, domestic production capabilities for HALEU to fuel Natrium Power Storage System, designed by TerraPower and GE Hitachi Nuclear Energy. In 2018, X-Energy and Centrus Energy signed a contract to create a TRI-structural ISOtropic (TRISO) fuel fabrication facility design. With its world-class team of experts and unmatched technology, Centrus can meet the supply requirements of both reactors.

These achievements are worth celebrating and reiterate the fact that nuclear power is a vital part of the country’s energy portfolio today and for the future. For instance, in Tennessee alone, nuclear power provided 44 percent of the state’s generation in 2019. Advanced nuclear efforts like Centrus Energy’s endeavors bring jobs, investment, and innovation to our state. It’s time we let the “secret” out of the bag and started championing not only the next generation of nuclear energy, but the vital role our community has played in getting the industry to where it is today.

Oak Ridge will continue to be among the world leaders for scientific discovery and we can all be proud to be a part of that. Let the secret out of the “Secret City” and show the world what can be a brighter and brighter future with discoveries made in Oak Ridge!