The Department of Energy’s (DOE) announcement last week issuing a Record of Decision for the Plains & Eastern Clean Line transmission project is a major step towards TAEBC member, Clean Line Energy Partners meeting its goal of delivering low-cost, clean energy from wind farms in Oklahoma to consumers in the Mid-South and Southeast United States.

This decision also has significant impact for TAEBC’s mission of fostering the state’s advanced energy technologies, companies and 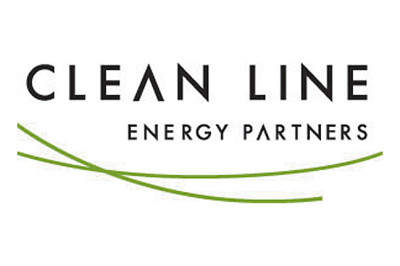 jobs. The $2.5 billion project is expected to support thousands of jobs in Oklahoma, Arkansas and Tennessee, creating hundreds of manufacturing jobs within these states.

DOE’s decision was issued after nearly six years of study and evaluation, designating a preferred route for the direct current transmission line. The Plains & Eastern Clean Line will enable the delivery of 4,000 megawatts (MW) of low-cost, clean power from the Oklahoma Panhandle region to customers in Arkansas, Tennessee and other states in the Mid-South and Southeast. The project will deliver the energy equivalent of four times the output from the Hoover Dam annually—enough power for more than one million American homes.

Clean Line has the potential to enable lower-carbon electricity, enhance system reliability and operate at a reasonable cost to consumers.

“We appreciate the support organizations like TAEBC have shown for the project,” said Mario Hurtado, Executive Vice President of Clean Line Energy.

With the DOE’s decision in hand, Hurtado said that Clean Line will enter the final stages of development on the Plains & Eastern Clean Line, targeting the project to begin operations in 2020.

The announcement marks the first use of Congressional authority conferred to DOE as part of Section 1222 of the Energy Policy Act of 2005 with the objective of promoting transmission development. Congress passed this provision when it was becoming clear that the nation’s transmission infrastructure was beginning to show its age and needed modernization. Congress recognized the need for a modern and resilient grid that could accommodate increasing demands for power with newly available resources. Clean Line’s project was deemed by DOE to satisfy the goals for which Congress established DOE’s authority.

“Moving remote and plentiful power to areas where electricity is in high demand is essential for building the grid of the future,” said U.S. Secretary of Energy Ernest Moniz. “Building modern transmission that delivers renewable energy to more homes and businesses will create jobs, cut carbon emissions, and enhance the reliability of our grid.”

For more information about the Clean Line project, including the Summary of Findings, which explains DOE’s decision at length, the Participation Agreement, the National Environmental Policy Act Record of Decision and more, visit Energy.gov. 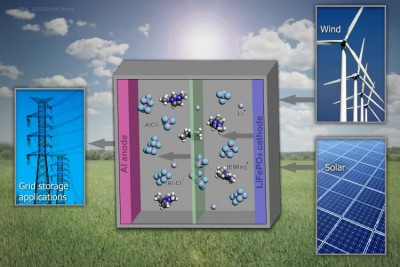 With a new year well underway, it’s time for the Tennessee Advanced Energy Business Council (TAEBC) to take inventory of 2015’s successes while charting a course for 2016.

TAEBC has grown to become a leading voice for our advanced energy economy, championing both the state and national opportunities to capture our more than fair share of the $1.3 trillion global advanced energy market. 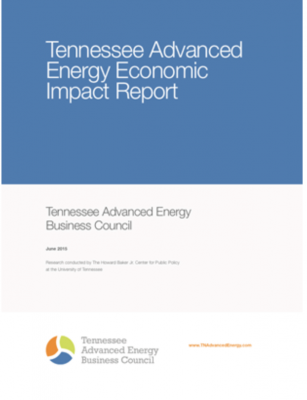 From hosting Assistant Secretary David Danielson and Deputy Assistant Secretary Reuben Sarkar to an invitation to the White House and releasing the state’s first Tennessee Advanced Energy Economic Impact Report, 2015 proved to be a year in which the TAEBC voice was heard clearly on a state, regional and national level.

In anticipation of our annual membership meeting in Nashville, TAEBC shares our top 10 accomplishments from 2015.

Without a strong membership, TAEBC could not be the successful organization it is today. An organization with a powerful mission of fostering the growth of Tennessee’s advanced energy technologies, companies and jobs, helping the state gain its fair share of the global $1.3 trillion advanced energy market.

Save the date for the next membership opportunity, Wednesday, February 10th in Nashville, and help plan for a successful 2016.

When world leaders gathered in Paris at the end of last month to launch Mission Innovation, they collectively announced a commitment to accelerate clean energy innovation.

According to the leadership’s mission, each of the 20 participating countries, including the United States, will seek to double governmental and/or state-directed clean energy research and development investment over the next five years.  New investments will be focused on transformational clean energy technology innovations that can be scalable to varying economic and energy market conditions that exist in participating countries and in the broader world.

Mission Innovation recognizes, as does TAEBC, that entrepreneurs, investors, and businesses drive innovation from the laboratory to the marketplace. So far, 28 investors from 10 countries have joined the Breakthrough Energy Coalition to make an unprecedented commitment to invest capital in early-stage technology development that evolves from Mission Innovation breakthrough countries.

The Breakthrough Energy Coalition, composed of more than 20 leaders in industry, investment, business and philanthropy from throughout the world, will work together based on the tenet that technology holds the key to clean energy. Scientists, engineers, and entrepreneurs can invent and scale the innovative technologies needed to accelerate innovation and the foundation must be built upon large funding commitments for basic applied research.

As TAEBC continues to connect business executives, researchers, economic developers and investors with interests in advanced energy, much as the Breakthrough Energy Coalition is striving to do, our efforts will undoubtedly intersect with and support this new coalition.

It’s encouraging to see that the world recognizes what TAEBC has long known, that collaborating and connecting assets can advance the energy economy not only for our state but for the greater world.

As members, we should watch carefully the steps that Mission Innovation takes over the next year and consider how TAEBC may benefit from the initiative and likewise provide continuing support.

As an initiative to reduce energy costs and consumption in buildings owned and managed by the state, EmPower TN is expected to reduce utility operating costs by 28% over the next 8 years. In doing so, it will also foster the development of new energy efficiency technologies and methodologies, create demand for skilled labor, and lay the foundation for increased energy security in mission critical facilities.

Tennessee’s advanced energy industry includes numerous companies and organizations which are well positioned to address the Governor’s aggressive energy goals. Through the development of innovative energy efficiency solutions as well as energy cost savings programs, Tennessee’s advanced energy industry and the EmPower TN program are creating opportunities for energy entrepreneurs and skilled labor across the state.

Increasing energy efficiency in state owned and managed facilities not only reduces energy costs, it also sets the stage for a holistic environment of energy surety (safety, security, reliability, sustainability, and cost effectiveness). During times of disaster, such as that experienced with the 2010 flood in Middle TN, critical state services must remain responsive to the needs of citizens. This continuity of service can be assured through local control of distributed energy generation assets and intelligent energy management solutions including demand response, fast load shedding, and interconnection and integration of small distributed energy resources.

Tennessee’s advanced energy economy is uniquely prepared to meet the aggressive goals set forth in the Governor’s EmPower TN intiative. In addition to driving energy efficiency and cost savings, the state can use this opportunity to lay the foundation for a sustainable, secure energy environment.