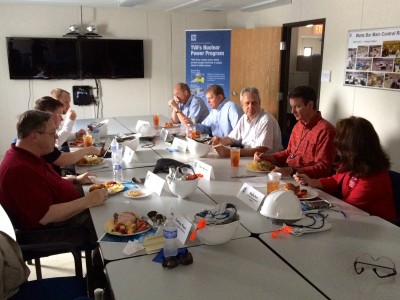 The Tennessee Advanced Energy Business Council kicked off the unofficial start of summer on May 23 by joining the House Energy Task Force on a tour of the Watts Bar Nuclear Plant Unit 2 facility and meeting with Task Force members to discuss energy as an economic driver for the state.

TVA’s Watts Bar team led a discussion and tour with House Energy Task Force Chair, Representative John Ragan, member Representative Sheila Butt and TAEBC members: Schneider Electric, White Harvest Energy and the Howard Baker Jr. Center through the construction site and into the Unit 2 reactor. About 3,200 people are working to complete Watts Bar 2, which will be the first nuclear plant in the U.S. to meet new Nuclear Regulatory Commission regulations set after the 2011 earthquake and tsunami in Japan.

After the tour, Rep. Ragan led a discussion with fellow House Energy Task Force member Rep. Sheila Butt about the Task Force’s desire to develop a state energy policy that is unique to Tennessee.

TAEBC members participated in the conversation by sharing information about their companies and why our state is uniquely positioned to gain its fair share of the $1 trillion, global advanced energy economy. TAEBC stands ready to share information and experiences with the Task Force so that Tennessee is well positioned to use advanced energy as an economic development and job creation strategy. 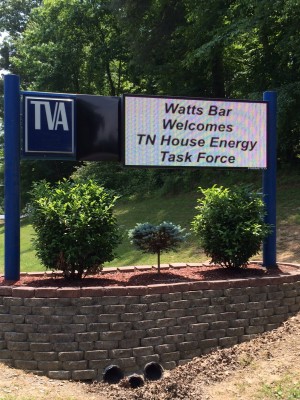