“TDEC is committed to protecting the environment and is supportive of the great work that TAEBC is doing to champion efforts and technologies that can reduce emissions and improve air quality.” 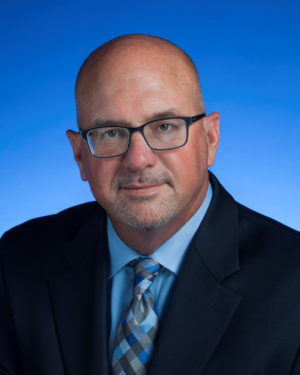 David Salyers became commissioner of the Tennessee Department of Environment and Conservation in January 2019 after serving as executive director of the West Tennessee River Basin Authority since 1997.

A native of rural western Kentucky and resident of Madison County, Tennessee, Salyers led the West Tennessee River Basin Authority as an agency that sets the standard for water resource management in West Tennessee. Salyers introduced stream management techniques that led to improved efficiency and preservation of natural resources.

Salyers worked for 11 years in the private sector in the Southeast as an engineer and manager before taking the reins of the Basin Authority. He maintains registrations as a professional engineer and geologist, as well as being a certified hydrologic professional. He received a bachelor’s degree in geology from Murray State University and a bachelor’s degree and master’s degree in geological engineering from Missouri University of Science and Technology.

Salyers and his wife, Robin, a professor at Bethel University, have been married for 36 years. They have two daughters and three grandchildren.