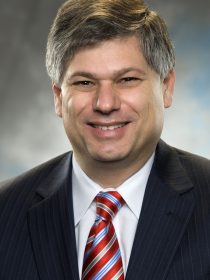 Under Commissioner Kisber’s leadership at ECD, more than 50 corporate headquarters located in Tennessee, including Nissan North America, International Paper, Louisiana Pacific, Clarcor, Service Master, Asurion and others. During his term as commissioner, Tennessee saw more than $33 billion in new capital investment and more than 200,000 new jobs. Also, Tennessee consistently ranked among the top five states in the U.S. for business investment, according to top industry magazines like Site Selection, Expansion Management, Area Development, Southern Business and Development and others. In 2008, Site Selection named Tennessee the most competitive state in the nation for economic development.

In 2009, Kisber was also recognized as a “Champion of Small Business” by The National Coalition for Capital Formation and Southern Business & Development Magazine named Kisber to its 2009 “Ten People Who Made A Difference” list.

Prior to joining the Bredesen Cabinet, Kisber served 10 consecutive terms in the Tennessee House of Representatives, including as chairman of the powerful House Finance, Ways and Means committee, which holds responsibility for the state budget. In the private sector, Kisber was vice president of business development for First Tennessee Bank.

Kisber serves on the board of directors of the Adventure Science Center and the Nashville Entrepreneur Center.

Kisber received his bachelor’s degree from Vanderbilt University and lives in Nashville. He is married to Paige Kisber and they have two children.