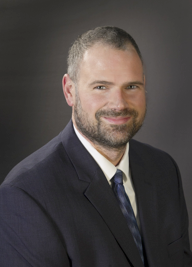 From 2011 to 2015 Mr. Jordan served as the Demonstration Facility Operations Manager for Centrus Energy’s K-1600 Test Facility. In this capacity, he was responsible for the Test Engineering, Operations, and Maintenance required to maintain and operate the full-scale test centrifuges used in the American Centrifuge Program.

From 2009 to 2011 Mr. Jordan served as the Design Engineering and Analysis Manager. The responsibilities of this position included management of USEC’s design engineers, who produced the design drawings for the centrifuge machines, as well as the direction of the analysts who used various analysis tools to validate design characteristics and predict outcomes of design modifications. Additionally, Mr. Jordan provided the final signature approval for the mechanical drawings and technical reports produced by the program.

Beginning in 2005, Mr. Jordan served as the Manager of USEC’s Manufacturing Development and Integration group. In this capacity, he was responsible for the on-time delivery and high quality construction of components necessary for the development and demonstration of USEC’s American Centrifuge. He was responsible for leading the team that provided the hardware necessary to build the first Lead Cascade of machines to operate at the American Centrifuge Plant in Piketon, as well as the hardware for the machines used at the K-1600 Test Facility to demonstrate “Target Performance”.

Upon joining USEC in 2003, Mr. Jordan served as the Integrated Product Team Leader for both the Upper Suspension and Column subassemblies. After resolving design challenges associated with these subassemblies, he delivered 66 of each to the American Centrifuge Plant in Piketon on time and within budget. Before coming to USEC, Mr. Jordan performed a variety of engineering and supervisory roles in auto parts manufacturing facilities. Early in his career, Mr. Jordan operated and then sold a business which held rights to a patented technology, which he and several partners developed, to provide deceleration sensitive flashing brake lights.

Mr. Jordan has a Masters of Mechanical Engineering and a Master of Business Administration from the University of Tennessee in Knoxville. He has obtained certification as a Project Management Professional and is a Derivative Classifier of Centrifuge information.