TAEBC has been busy the past two months, traveling across the region to film the organization’s first video series. Thanks to the sponsorship of TAEBC Charter members, Silicon Ranch Corporation, Oak Ridge National Lab and Strata-G, three videos were filmed in April and May.

The videos take an up close look at the advanced energy sector. Titled “This is Advanced Energy,” “Inside Advanced Energy” and “Innovations in Advanced Energy,” the series features interviews with TAEBC member organizations along with action footage of production, research and development.

TAEBC kicked off filming with an interview at TAEBC Charter member, PYA. Past President Tom Ballard provided insight on what makes Tennessee rich in advanced energy resources and why the industry is a leading economic driver for the state.

TAEBC spent a day at Oak Ridge National Lab, capturing scientific and development aspects of advanced energy and how a concept moves from the idea phase to research to production. ORNL will be the focus of the third video in the series, “Innovations in Advanced Energy.” 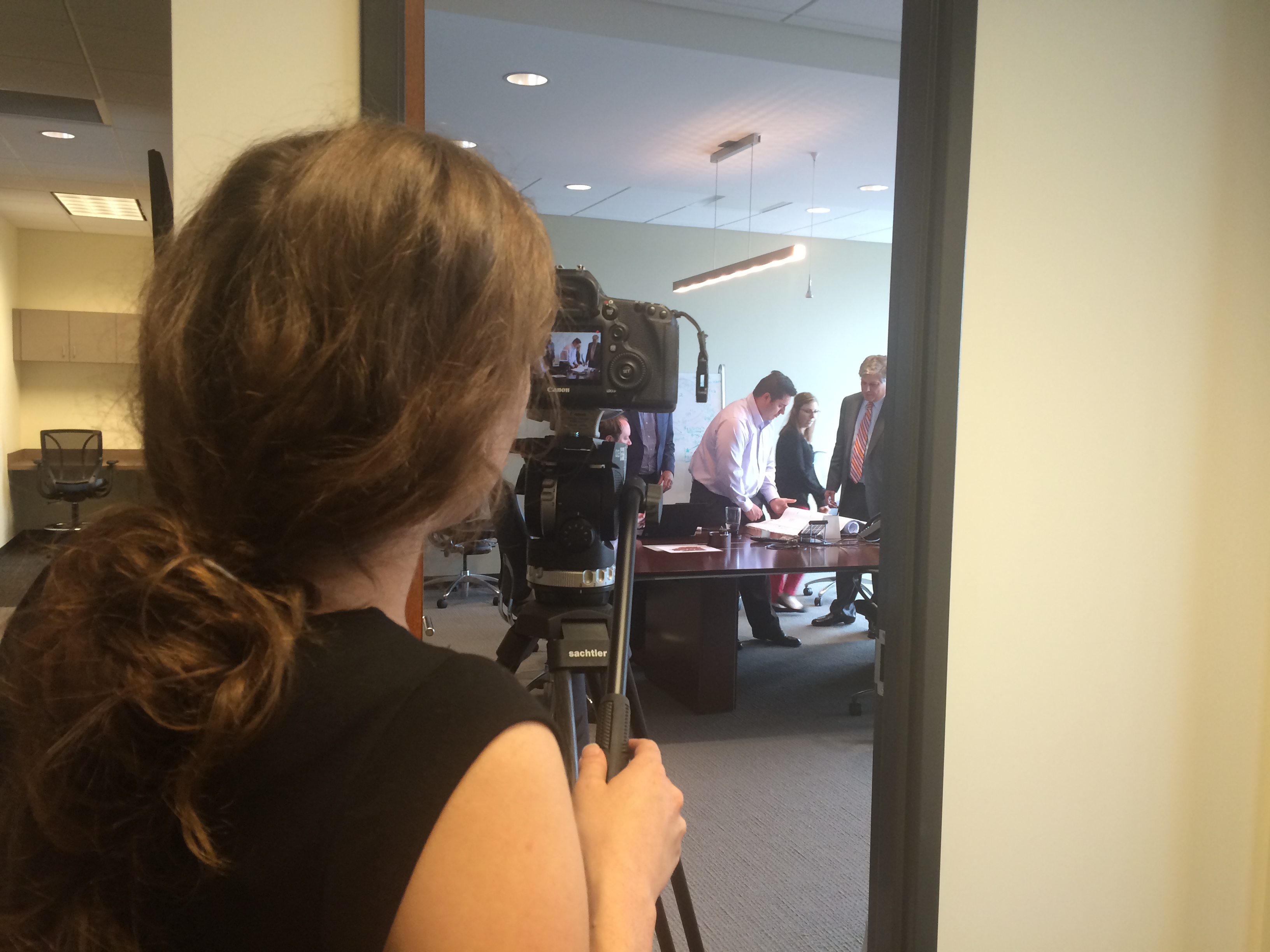 We traveled to Vonore and visited with TAEBC member, Genera Energy, taking a closer look at biomass processing and switchgrass production. Strata-G hosted TAEBC at the site of one of its energy efficient buildings on the Maryville College campus and also took the camera along for a trip to its natural gas fueling stations in Sevier County.

Other members participating in the production include TAEBC members, Clean Line Energy and PHG Energy, who supplied footage to be included in the video series.

Thank you to all members for making the filming possible. TAEBC will provide sneak peeks and first looks throughout the year in the newsletter and on all social media channels. Photos and video clips are available on the Flickr and YouTube accounts.

The videos are anticipated to be ready for preview in early fall. A launch party is planned for all members and participants. It’s an exciting time to be a TAEBC member. Watch the e-news for more updates and information including a save the date preview invite.