(NOTE: This article was originally published on Times Free Press.)

Erlanger Health System is building a $13 million natural gas-fired energy system at its main campus which hospital officials believe will be a showcase project for cutting energy, expenses and pollution.

Chattanooga’s biggest hospital plans to install the 8-megawatt Combined Heat and Power facility next year in a former incinerator building to generate most of the electricity and most of the hot water consumed in the 2.5-million-square-foot medical complex on East Third Street.

The Tennessee Valley Authority is providing $6.75 million to match the hospital’s investment under a green energy pilot program designed to encourage more efficiency through combined heat and energy facilities.

“This is kind of perfect model for a CHP (combined heat and power) plant because we will be able to reduce emissions, create a more reliable energy source for the hospital with on-site generation and also save us a great deal of costs on our overall energy bill,” said John Loetscher, vice president of facilities, engineering and real estate at Erlanger who has been working on the project since shortly after he arrived at Erlanger in 2015.

Since hospitals use a lot of steam and hot water around the clock, such facilities are ideal to capture the excess steam and heat generated in a power plant that produces steam to turn turbines to make electricity. The idea behind combined heat and power, or co-generation, is to capture the heat that would normally be wasted in electricity generation and supply it to local buildings as well.

The new system is designed to achieve as much as an 80 percent efficiency, which is nearly double what some traditional power plants get from burning fossil fuel, making steam to make electricity and then distributing that power over long distances. 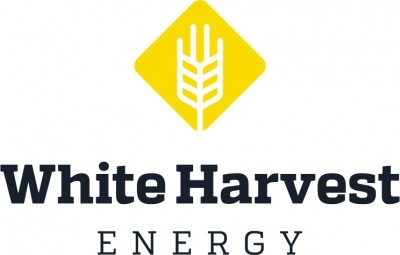 “We hope this can not only save energy and money but be a real showcase to demonstrate the potential of distributed energy,” said Ben Edgar, president of White Harvest Energy, a 3-year-old Chattanooga company that has worked with Erlanger and TVA to plan and develop the project. “Chattanooga is already known for its smart grid and we hope this can be a model for others as well. We’re going to be one of the highest efficiency CHPs (combined heat and power units) and the modular nature of it is also groundbreaking.”

By having its own generation, Erlanger also expects an extra layer of reliability to its power supply, which already has multiple connections with EPB, the local TVA power distributor, and its own diesel-fired generators for power in the event of an electrical blackout.