According to a new article published by Greentech Media, employment opportunities for renewable energy sources show no signs of slowing down.

The report says solar, wind, LED lighting and other clean energy categories could potentially create one in every 33 jobs in the United States since the Great Recession. Job growth continues to be the most prominent in the installation, manufacturing and sales of renewable energy.

Manufacturing jobs alone nationwide in the solar and wind industries have employed tens of thousands of people in our country, and that number is expected to continue to grow for the next five years.

Clean energy industries have also hired more veterans than anyone else, retrained coal workers and have helped more oil and gas workers who have lost their jobs. Also according to the U.S. Bureau of Labor Statistics, “wind technician” is the fastest growing job category than any other profession. 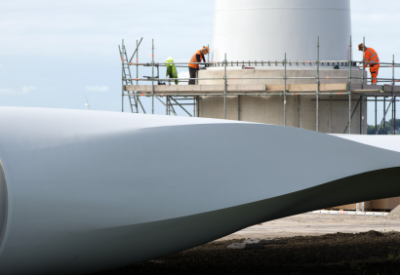 As for Tennessee, the Tennessee Advanced Energy Business Council’s Economic Report identifies the number of jobs associating themselves within Tennessee’s advanced energy sector.

The Economic Report found in 2013, Tennessee had 324,920 jobs in advanced energy with the majority of those being in manufacturing and utilities and construction. Manufacturing specifically had 139,953 employees making up nearly half of all AE jobs at 43.1 percent. Meanwhile, utilities and contruction had 90,510 employees or 27.9 percent of AE jobs.

As for the remaining 29 percent, that makes up jobs in advanced energy information, scientific services and other responsibilities. The average wage for employees in the AE sector in Tennessee in 2013 was $48,764, higher than the state’s average.

The advanced energy economy is demonstrating robust growth around the globe and as of 2013 represents a $1.3 trillion market.