TAEBC members ARiES Energy and Signal Energy got recognized as some of North America’s best solar contractors by ranking in the top 500 solar companies in the country.

Signal Energy was ranked in the top 10, while ARiES achieved a rank of 461 out of 500 solar companies. Solar Power World magazine created the Top 500 Solar Contractors List. The list is designed to observe solar contractors’ work across the U.S. and Canada. The companies who made the list make a lasting impact in the industry by providing jobs and offering electricity consumers more options.

The list describes the company’s location, how many employees it has, its primary market, and details its primary service. Ranks are determined by the number of megawatts a company was involved with installing in 2015 in North America only. If two companies reported the same 2015 numbers, they were sorted by total megawatts installed.

According to the list, Signal Energy installed 377 total megawatts for 2015 alone. By also employing 127 people, the company has managed to build more than 989 megawatts since it was founded in 2005 in Chattanooga.

This comes as Signal Energy also achieved an overall ranking of 6 as one of 2015’s Top Solar EPCs. Solar engineering, procurement and construction (EPC) companies are the face of the industry. They design, build and maintain solar projects. They also work directly with solar consumers with their work involving installations ranging from single-kilowatt rooftop arrays to multi-megawatt utility projects. 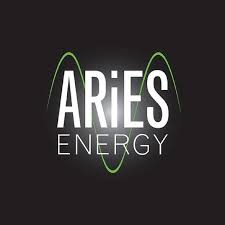 As for ARiES Energy, the company installed 0.21 total megawatts for 2015. With 14 employees, ARiES Energy overall has produced 2.24 megawatts of energy since it was founded in 2011 in Knoxville.

For a look at Signal Energy’s website and how you can learn more about the company, click here.

If you would like to learn more about ARiES Energy and the products and services it provides, click here.

We're proud to again be a Top 500 US Solar Contractor & #9 in TN #Solar500 @solarpowerworld https://t.co/pQdiUhXzln pic.twitter.com/NXypnf8Ey3