More than 30 members attended the Tennessee Advanced Energy Business Council’s annual meeting on February 10 in Nashville to hear about 2016 events, activities and initiatives. Members also learned about the growing strength of the state’s advanced energy sector. 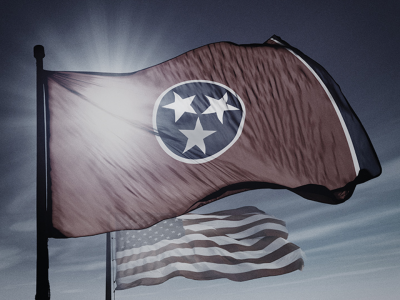 Ted Townsend, Chief of Staff for TNECD, gave an energizing presentation on the role of advanced energy in Tennessee, reinforcing the important role TAEBC plays in economic development in the state. Advanced energy is a rapidly expanding and lucrative growth sector. Nearly 375,000 jobs are supported in the state’s advanced energy sector.

Townsend noted that advanced energy requires skilled labor and is a source of high quality jobs. The average annual earnings for the sector is $76,126, compared to $45,410 for all industries. The sector provides a home for the state’s emerging workforce, reinforcing TNECD’s goal for 55% of Tennesseans to be equipped with a college degree or certificate by 2025.

Townsend said TNECD expects growth in advanced energy employment throughout the state to continue at a percentage of 13.2% through 2025. Growth since 2010 has kept pace at 17.6%, outpacing the national average of 13.7%.

In addition to Townsend, Michael Scalf from TVA gave an update on the newly formed stakeholder group “Distributed Generation-Information Exchange.” TAEBC formed a subcommittee to help guide participation in TVA’s distributed generation working group. According to Scalf, TVA anticipates distributed generation to play a major role in the nation’s energy future. Distributed generation generates power on-site, rather than centrally, eliminating the cost, complexity, and interdependencies associated with transmission and distribution.

In other annual meeting news: