Trish serves as Business Development Manager for New Energy Landscape Strategic Alliances at Schneider Electric North America. In this position, she develops and supports commercial engagements across the Electric Utility and MicroGrid team. She also serves as the ambassador to Schneider Electric’s most strategic partners including Dynamic Energy Networks and The Carlyle Group, a global alternative asset manager with $174 billion in assets.

She leads strategic marketing and sales enablement initiatives that foster clear thought leadership and a strong position within the market.

A graduate of Middle Tennessee State University, Trish has a Bachelors in Business Administration and Marketing. 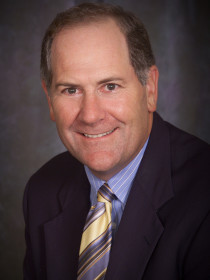 Steven J. Bares, Ph.D., is retiring President and Executive Director of the Memphis Bioworks Foundation, a broad-based public/private partnership focusing on the growth of biomedical research and commercialization of life science technologies. Dr. Bares specializes in growth business management, new product development and marketing, and he has led the development of more than 15 new technologies from concept through the entire technology development cycle to the penetration of consumer and commercial markets.

Prior to establishing the Memphis Bioworks Foundation in 2001, Dr. Bares served in a series of executive roles at International Paper, the world’s largest forest products company. As Director of Product Development, Dr. Bares’ team launched over $500 million in new products. Before joining International Paper, Dr. Bares was President and co-founder of Sparcom Corporation, a company specializing in handheld computer applications and wireless communications products sold in 26 countries.  Prior to this position, Dr. Bares was a Program Manager for Hewlett-Packard’s laser and inkjet printer group and part of the initial team that introduced the DeskJet family of printers, a primary driver of HP’s global profitability for many years.

Dr. Bares holds a Ph.D. in Physical Chemistry, a Masters of Business Administration (MBA) and a B.Sc. in Chemistry.  He has authored nine patents and published numerous articles.

Under Commissioner Kisber’s leadership at ECD, more than 50 corporate headquarters located in Tennessee, including Nissan North America, International Paper, Louisiana Pacific, Clarcor, Service Master, Asurion and others. During his term as commissioner, Tennessee saw more than $33 billion in new capital investment and more than 200,000 new jobs. Also, Tennessee consistently ranked among the top five states in the U.S. for business investment, according to top industry magazines like Site Selection, Expansion Management, Area Development, Southern Business and Development and others. In 2008, Site Selection named Tennessee the most competitive state in the nation for economic development.

In 2009, Kisber was also recognized as a “Champion of Small Business” by The National Coalition for Capital Formation and Southern Business & Development Magazine named Kisber to its 2009 “Ten People Who Made A Difference” list.

Prior to joining the Bredesen Cabinet, Kisber served 10 consecutive terms in the Tennessee House of Representatives, including as chairman of the powerful House Finance, Ways and Means committee, which holds responsibility for the state budget. In the private sector, Kisber was vice president of business development for First Tennessee Bank.

Kisber serves on the board of directors of the Adventure Science Center and the Nashville Entrepreneur Center.

Kisber received his bachelor’s degree from Vanderbilt University and lives in Nashville. He is married to Paige Kisber and they have two children. 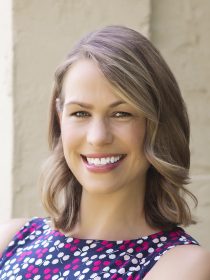 Specializing in energy and technology, the firm’s areas of expertise include: media relations and message development, events, government relations, community outreach, coalition building, organization management, and business development for the private and public sectors including trade groups, universities, foundations, and government initiatives at the local, state and national levels.

Piper has a comprehensive understanding of the energy, technology and policy arenas with an emphasis on strategy. She has an established rapport with industry experts, government officials and media outlets in Tennessee, throughout the Southeast, and at the national level.

Because of Piper’s energy expertise, she organized Tennessee’s advanced energy sector and launched the Tennessee Advanced Energy Business Council (a 501(c)(3) organization) in 2014 and currently serves as Vice President and Executive Director.

Piper and her husband Barry Armstrong live in Knoxville with their triplets. 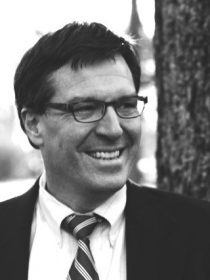 Seifried is a career community development and affordable housing industry leader, producing extraordinary results with public-sector, private and nonprofit organizations for over 28 years. He has raised millions of dollars, the profile of numerous organizations, and community momentum for a variety of public-private efforts.

He currently serves as the Tennessee Account Executive for Ameresco, a design-build engineering firm that provides financial and energy solutions to local governments, schools and public facilities. He advises community/elected leaders as they seek to create capital strategies to address long-term facility and asset needs. This role allows him to collaborate with municipal leaders and help them to solve difficult problems.

He is passionate about utilizing his business and public sector background to leverage positive solutions for difficult financial/facility needs for municipalities, in example:

He has overseen the completion of unique infrastructure and capital projects, the design/management of complex budgets and programs, the development of single/multi-family housing, and the management of rental property assets.

He’s served in leadership within State Government as THDA’s Director of Section 8 Contract Administration Division. He has led a wide variety of staff/boards in both executive level and consulting roles. He’s led numerous organizations through significant transition and been responsible for re-energizing others needing direction and momentum. He has proven expertise in creating organizational health and building asset wealth. 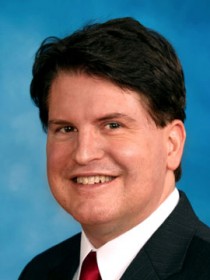 Dr. Jeffrey S. Kanel received his Ph.D. in Chemical Engineering from the Georgia Institute of Technology. He has more than 26 years of experience in engineering research and process development through work at The Dow Chemical Company, Eastman Chemical Company and Union Carbide Corporation.

Dr. Kanel has been associated with several entrepreneurial endeavors since 1996, including: 1) the development and commercialization of technology to extract zeaxanthin from paprika; and 2) demonstration and sale to a Fortune 250 company of a process to grow and harvest algae for the production of natural beta-carotene. 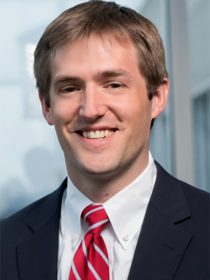 Chris is a partner with the Bradley law firm in Nashville. His practice focuses on energy development and financing, including the real estate, tax incentives and regulatory aspects of project development.

His work on utility and commercial scale solar energy projects includes some of the largest solar developments in the eastern United States.

He is also active in energy policy, serving as the policy committee chair for the Tennessee Solar Energy Industries Association.

Prior to joining Bradley, Chris worked for Mayor Karl Dean as the first-ever Director of the Nashville Mayor’s Office of Environment and Sustainability. 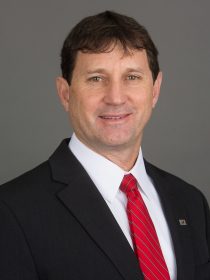 James (Jim) DeMouy, P.E. is Vice President of Environmental, Health, Safety and Sustainability (EHSS) for Bridgestone Americas, Inc (BSAM).  In his current role, Jim provides EHSS strategic and operational leadership for the BSAM enterprise, including more than 50 manufacturing facilities and 2500 retail/service centers as part of the Bridgestone Americas Retail Operations (BSRO) network throughout North and South America and select Global Operations including the worlds largest rubber farm located in Liberia. Under Jim’s leadership, BSAM aims to further strengthen and accelerate its already robust EHSS programs under the umbrella of Bridgestone Corporation’s ‘Our Way to Serve’ global framework.

Jim is an accomplished EHSS Executive with a strong drive for regulatory compliance, injury prevention, health initiatives, environmental protection, sustainability and social responsibility. Prior to working for Bridgestone, Jim has accumulated more than 20 years of experience working for major multinational conglomerates in the US and as an Ex-patriot in Europe.

Jim earned his Bachelor of Science degree in Geology from Louisiana State University in Baton Rouge, Louisiana, and both a Master of Science in Civil Engineering and a Master of Business Administration in International Business degree from Florida State University in Tallahassee, Florida. A Professional Engineer, Jim is married with two high school-aged children and resides in Franklin Tennessee. 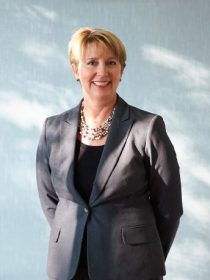 Mary Beth graduated from the University of Kentucky with a bachelor’s degree in Chemical Engineering in 1989.  She began her career as a Process Engineer at Air Products and Chemicals in Calvert City, KY.  When the joint ventures were formed between Air Products and Chemicals and Wacker Chemie in 1998, Mary Beth joined Wacker as Plant Manager of the Calvert City Dispersible Polymer Powders operations.  She continued in this role until the joint ventures were divested and Wacker assumed full ownership in 2008.  At this time, she assumed responsibility for both the Powders and Dispersions Polymer operations for North America.

Mary Beth was promoted to Vice President of Wacker’s Polysilicon Division in the Americas region in 2016.  In this role, she is responsible for all aspects of manufacturing, supply chain, sales, and profitability of the Polysilicon Division throughout the region.  She is located at Wacker’s newly built Charleston, Tennessee manufacturing plant where she is also the Site Manager.

Mary Beth is a board member of the Cleveland/Bradley Chamber of Commerce, Tennessee Business Roundtable, University of Kentucky Chemical Engineering Advisory Board, and Tennessee Association of Manufacturers. 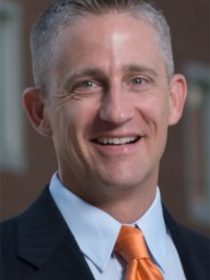 Marc Gibson serves as the Executive Director of Industry & Economic Relations at the University of Tennessee, Knoxville. In this position, he oversees industrial partnerships at the university, and he manages a business center that collaborates across multiple units on campus including the office of research, office of development, system level partnerships office, career services and others.

Some of his many duties involve executing fundraising efforts and reaching research partnership goals, and he identifies connection points for corporate entities to access university assets. He also works extensively with Oak Ridge National Laboratory Partnerships Directorate to connect multidisciplinary opportunities, while coordinating economic development efforts for the university.

Marc holds a Masters in Sport Administration at the University of Tennessee, Knoxville and a Bachelors of Science in Marketing and Sports Management.